During 2020 more than 66% crowdfunding campaigns were successfully backed by using video!

Crowdfunding is one of the most effective ways of getting needed funding for startup projects. Popular crowdfunding sites such as Kickstarter and Indiegogo help entrepreneurs generate capital by allowing users to donate to the planned venture.

Kickstarter has reportedly funded more than 117,000 startups backed by the contributions of an estimated 12 million people. These platforms receive thousands of startup campaigns every month. Each campaign competes for funding from users.

So, how can you make your crowdfunding campaigns stand out from the rest of the competition?

Video is great opportunity to show the world why your idea matters!

According to Kickstarter, 33 percent of campaigns are successfully funded without videos. But the percentage increases to 66 percent when the campaign includes an explainer video. That’s a significant success rate of 50 percent.

Indiegogo’s statistics on the use of video mirror the same conclusion. Campaigns that include explainer videos generate 114 percent more funding than campaigns without videos.

There shouldn’t be any surprise to any of these data because the use of videos for marketing and promotional purposes has been proven to have many benefits:

A crowdfunding campaign is essentially an appeal to potential investors to place their hard-earned money on your startup over others. Videos are effective because they use sight and sound to deliver content in a way that emotionally connects with the viewer in a short amount of time.

But not just any video will do. It should capture the attention of a viewer so he or she wants to see the whole video. A video has to be intriguing, but still get the message across. It should be worthy to win any crowdfunding video contest and have a viral potential.

When it comes to a crowdfunding video, its content must compel viewers to respond to your desired call-to-action: investing.

Identify your brand and positioning strategy with crowdfunding campaigns!

Before anything else, you should have an idea of how you want your product or services perceived by potential investors. Investors want to know:

Set the tone of the video.

The tone of the video is essentially the mood or level of emotion you want to extract from your viewer. Will you deliver content in a funny or serious way? Do you want to produce a heartwarming response or one of triumph and inspiration?

The tone would depend on the type of product or service you are offering. Generally it should elicit the desired response. It must remain honest and sincere.

You should consider having a content writer on your creative team and draft a number of scripts. Run the drafts by your friends, family and associates to see which one garners the most positive responses.

Capitalize on the first 30 seconds.

According to a 2015 study by Microsoft, people have an attention span of eight seconds — one second lower than that of a goldfish.

What this means is that you have to deliver your message within the first 30 seconds of your video. Remember the earlier stat: 30 second video ads have a completion rate of 88.3 percent.

Ideally, you should be able to put out your value proposition during the first 10 seconds of the video. You must answer the question “Why does the viewer need to help make my venture a reality?”

You may lose your viewer if he or she has no idea why it’s worthwhile to keep watching your video. For a video to be effective, you must keep it under two minutes. Drive the message loud and clear during the first 30 seconds; then bring the investor “home” in the final 90 seconds.

Be strategic about your funding goal.

There is a reason every Kickstarter how-to notes the necessity of a great video. According to Kickstarter, “Projects with videos succeed at a much higher rate than those without (50% vs. 30%).” A video is your opportunity to show the world why your idea matters, so make sure you have a powerful story and/or a great product demo.

Have you launched a Kickstarter campaign or backed a project you believe in?

Then it’s time to make a step forward to produce your video!

This site uses Akismet to reduce spam. Learn how your comment data is processed. 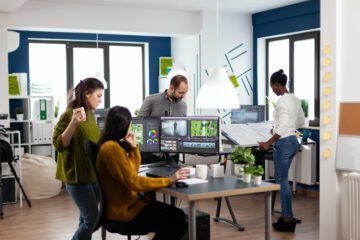 Knowledge of Video Marketing Strategy! Having great videos are key to successful marketing communication in the 21st century, especially given shifts in consumer behavior and the prevalence of visual culture. But without a solid plan Read more… 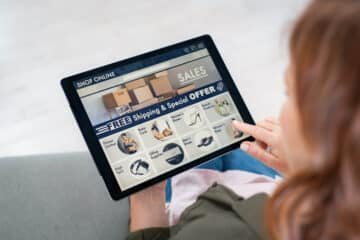 Why E-commerce Videos are Important for Your Business?

Just imagine you are planning on buying a new cosmetics online. You find one that exactly fits your budget and has all the specification you desire.   But, it is from a brand that you don’t Read more…

The Importance Of Visuals For Effective Advertising!

In this article we gonna talking about importance of visuals for effective advertising. The old saying is that a picture is worth a thousand words; so many advertisers usually try to visually communicate messages, rather Read more…